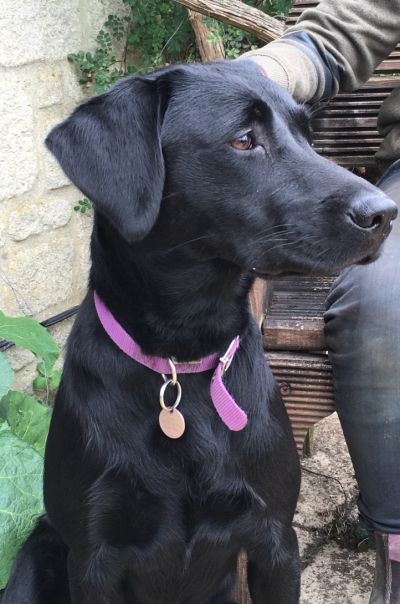 The Dangers of Rat Poison

Many dogs love to try out all sorts of different things with their mouths and this can often lead to them ingesting substances which shouldn’t be ingested.The most common examples we see include chocolate, onions, toys, socks, plastics, the list goes on….!

Cats tend to be a bit more sensible although even so we will occasionally see cats which have ingested things like anti-freeze and lilies, both of which need urgent attention. We have recently had 2 dogs which have eaten rat poison.

The worst affected of these was a lovely young Labrador called Pepsi. She was brought in one Monday afternoon as she was being quiet and had developed a fairly persistent cough, which occasionally involved coughing up blood. When looking at her in the consult she was much quieter than I would expect from a Labrador of her age and her gums were not as pink as normal. Whilst her heart sounded ok her lungs were definitely noisy which along with the coughing up blood strongly indicated bleeding into the lungs. We quickly decided that she needed to be admitted, put on a drip, and x-rays performed to confirm our suspicions.

The owners were asked about possible toxin access which pointed towards a rat bait poisoning. Fluids were given intravenously and x-rays showed large amounts of fluid in the lungs which was almost certainly blood. A quick urine test was performed after Pepsi had passed some wee on the floor (!) which showed there was blood present and there was found to be bruising under the tongue and other areas of the body. A blood sample was taken for basic monitoring and the site where the sample was taken from bled far more than normal.

All of this pointed towards a bleeding issue, and with the history of possible access to rat bait, treatment was started. Rat bait works by acting on the clotting cascade and preventing normal clotting of the blood. Vitamin K is required to activate certain clotting factors (factors II, VII, IX and X if you’re interested!) and rat bait acts to inhibit this. Thus the treatment is to supplement with vitamin K until the poison is excreted from the body – this often takes 3-4 weeks.

Pepsi was given injections of vitamin K which takes 12-24 hours to normalise blood clotting. We were unsure whether Pepsi could wait 12-24 hours without losing too much blood and so she was given what is known as a plasma transfusion. Plasma is the part of the blood which is left when all the red blood cells and white blood cells are removed. It contains protein and some clotting factors, most importantly the factors II, VII, IX and X mentioned above and so is excellent in these cases.

Our plasma is sourced from the charity the Pet Blood Bank* and can be kept frozen for up to 4 years; we always have some in stock at both our Shepton and Wells practices. Plasma immediately replaces the clotting factors which are deficient and so normalises blood clotting rapidly for a period of 12-24hours; long enough to allow the vitamin K to start working. The frozen plasma is defrosted over a period of around 20-30minutes and then given to the animal.

Pepsi responded remarkably well. Within half an hour of having the plasma she was much brighter and the bleeding stopped. The total amount of blood she had lost was replaced with normal IV fluids to maintain blood pressure and she even went home the same day, although she had to be kept quiet. She was given vitamin K tablets to be taken twice a day for 3 weeks whilst the rat poison was excreted from her system. After she finished the tablets her blood clotting was checked one last time to ensure it was back to normal and she could be officially discharged. She continues to do extremely well and is back to full health.

*If you are interested in donating a unit of your animals blood to the Pet Blood Bank charity, all information can be found on their website petbloodbankUK.org. They offer donor sessions at various locations around the UK.*