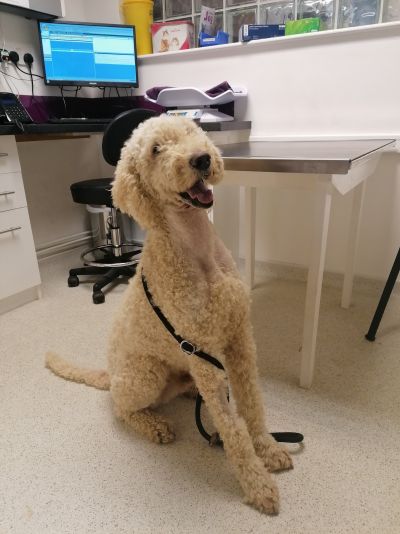 Why dogs and sticks don't mix!

Benbow is a gorgeous 4 year old male neutered ‘Goldendoodle’ and client of ours who presented to Izzy in late November with a 4 day history of not being his normal self, a bit down in the dumps with a reduced appetite and excessive smelly dribbling! There was discussion as to whether he had been poisoned, a common concern for owners.  However, after talking through the recent history with the family, this seemed less likely, and he is on the whole a good boy who doesn’t scavenge on walks, nor play with sticks!

On examination Benbow was quiet, and not his usual bouncy self, with lots of smelly blood-tinged saliva and a large swelling underneath his jaw.  He also had a raised temperature.

Investigating the large firm swelling of unknown origin was the next diagnostic step, but to reduce the risk of necrosis from fine needle aspiration sampling, Benbow was started on some medications for 48 hours prior: meloxicam for its pain relief, anti-inflammatory and anti-pyrexic effects as well as antibiotics for likely bacterial infection.

The likely differential diagnoses’ for this kind of swelling with these symptoms were a salivary mucocele, foreign body such as a stick or grass seed, abscess, inflammation  or mass.

Within a day of starting the medications, the family reported that he seemed much improved in himself though there was now discharge coming from underneath his chin, which looked mostly like pus suggesting the swelling was likely an abscess.  The area was clipped, cleaned and flushed with saline but there was no evidence of any foreign material there that might cause this kind of reaction.  Ideally the next step would have been to examine the wound and draining tract under a general anaesthetic to work out how the abscess had formed.

The thought of a general anaesthetic can be scary for owners and it is tempting to delay more invasive intervention in the hope that conservative medical treatment will resolve the problem, but in many cases, particularly this one, the benefits of a general anaesthetic and early surgical intervention outweigh the risks. General anaesthesia in pets enables us to much more thoroughly examine abscesses, wounds,  draining tracts and the extent of damage as the patient can’t move and can’t feel pain.

A week or so later, with little improvement conservatively, Benbow was admitted for general anaesthesia and surgical exploration of the non-resolving abscess and wound.  Benbow was given a pre-anaesthetic medication to ensure he was relaxed and had pain relief on board before inducing the anaesthetic.  After induction of anaesthetics, dogs are intubated to allow us control of their airways. On intubation, an abnormal hard structure was identified right at the back of the mouth, near the base of the tongue. This was the foreign body we had been looking for!

Though Benbow had a good history for leaving sticks alone... a 7cm piece of wood was removed using forceps. 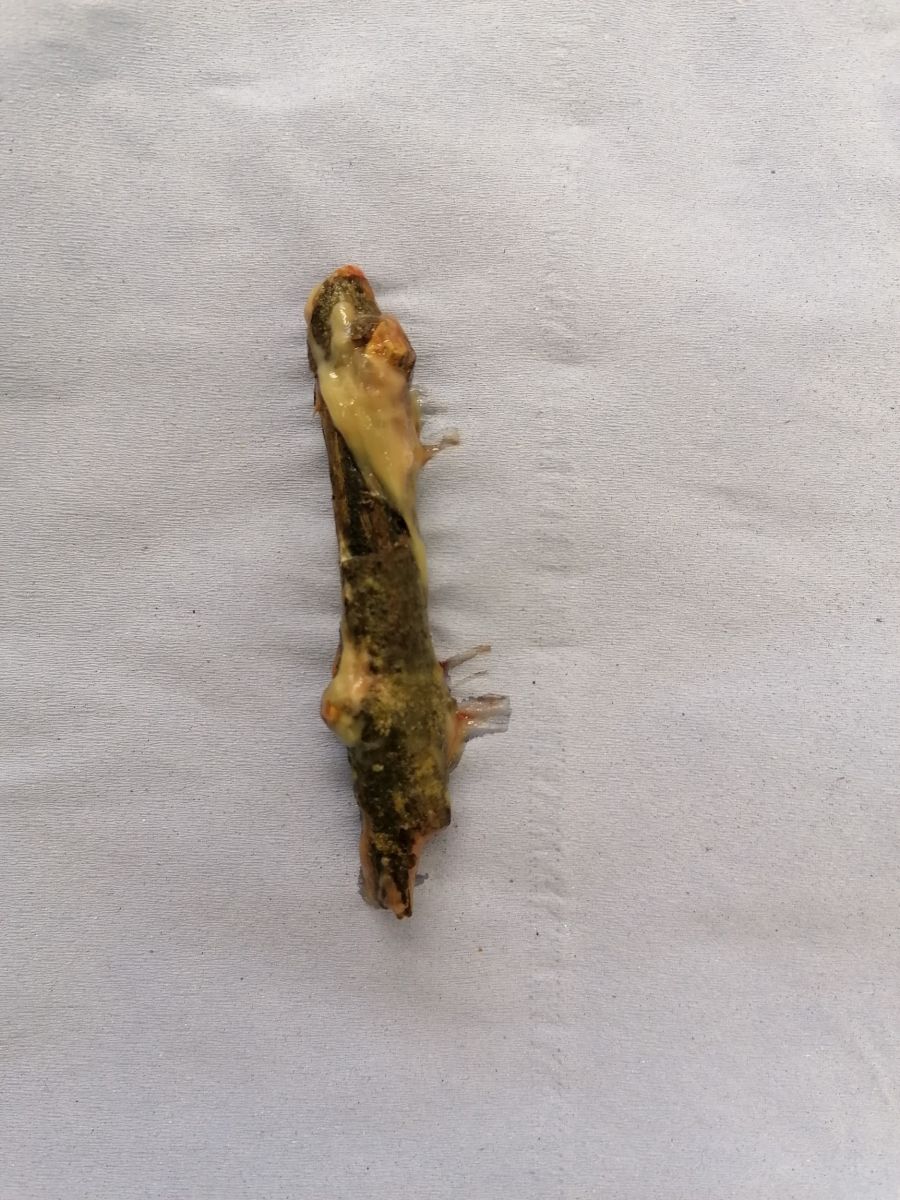 Luckily there seemed to be no damage to any teeth or vessels. The large wound remaining was examined to check for further pieces of stick and to assess the extent of the infection tract. The wound was then flushed with sterile saline at high pressures and the region palpated - no further fragments were found. The wounds were left open to allow for further drainage and Benbow recovered quickly from the anaesthetic, before being discharged with pain relief, anti-inflammatories and antibiotics medicine.

Surgical intervention led to a much greater response to healing as the source and cause of the body’s inflammatory reaction had been removed.

Benbow now is back to his normal happy self, but the question remains, where did he find this mystery stick?!