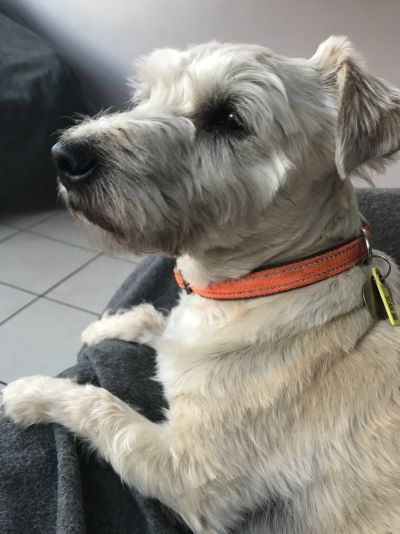 Vomiting and Diabetes controlled with injections

Some of the most common signs we see in our patients are vomiting and diarrhoea, each of which can be caused by a huge number of things. Most commonly simple inflammation of the gastrointestinal tract is present, often caused by infections (mostly viral).

As a general approach, if an animal is well in themselves then the underlying issue is likely to be simple and transient and some supportive medications may be all that is required. However, if an animal is dull/depressed or if there is persistent or very frequent vomiting further investigations are often indicated.

Ozzy came in a short while ago with persistent vomiting and lethargy for around 5 days. He is a 10year old crossbreed who is normally a hardy little dog and so for him to be so down indicated something was definitely amiss. When examined he was quiet and dehydrated, with a slightly low temperature. After a short discussion with the owners we decided to admit Ozzy to begin IV fluid therapy for rehydration and initial supportive medications for vomiting.

When investigating persistent vomiting there are a number of areas to be looked at, which often differ largely depending on the patients age/sex/neuter status etc... In a younger dog, conditions such as intestinal blockages are more common as they are more likely to eat unusual things, where as in an older dog underlying systemic issues (e.g. liver, kidney, pancreas problems) or tumours should always be considered.

The first thing to do therefore in Ozzy's case as an older dog, was to take a blood sample to assess his liver and kidney function and see if there might be anything else going on. The blood sample showed no signs of any liver or kidney issues but did show an extremely high blood sugar, so high in fact it was off the scale. This strongly indicated that Ozzy had developed diabetes.

Diabetes is a condition we see in both dogs and cats not uncommonly, and is always treated by insulin injections. In dogs these insulin injections are for life but diabetes in some cats can resolve and insulin be withdrawn. Persistent vomiting doesn't often occur with straight forward diabetes but is a sign of a complication of the diabetes known as diabetic ketoacidosis (DKA). Effectively DKA happens when an animal with uncontrolled diabetes copes for a period of time with their condition but something else then happens to tip them over the edge e.g. infection, stress, other disease. Their body is unable to cope with both the ongoing diabetes and the infection/stress/other condition they have now acquired and they enter a downward spiral of increasing blood glucose levels and excessive breakdown of body fat. This all culminates in an increasing level of dehydration and acidic blood, which if left untreated is fatal.

Treatment involves correcting the dehydration and beginning insulin immediately, which is exactly what we did for Ozzy. Additionally these animals also have low potassium and phosphate and so these should be supplemented often via the fluids administered. A final requirement for these patients is antibiotics, not only because DKA is often triggered by an infection, but also because they are so prone to infections in their compromised state. Ozzy was started on all these treatments and responded very well. He stayed with us for a couple of nights before we were happy that he was stable enough to go home. He was discharged on insulin injections to be given by his owners and has been back a few times for us to check his blood sugar levels.

His insulin dose has increased slightly over the weeks following his hospitalisation but it is now pretty much stable. He will have to have insulin injections to control his diabetes for the rest of his life which the owners are more than happy to do and he is back on good form with plenty of energy.