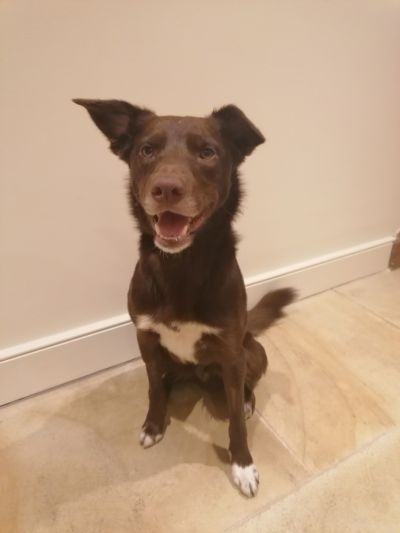 Pet of the Year Finalist 2020: Bear needs treatment for Tetanus

Bear is a gorgeous 2 year old dog who presented to Izzy at the start of February 2020 with acute onset difficulty urinating.  On examination it soon became clear Bear was very tense, rigid and unable to move his body normally.  In addition to this, he also had ‘pricked ears’, a ‘sardonic grin’, hyper-salivation and had what we call ‘strabismus’ – a sign which causes the eyes to not be in the right position due to changes in the function of external eye muscles. (Image: Bear showing signs of rigidity and lock jaw) 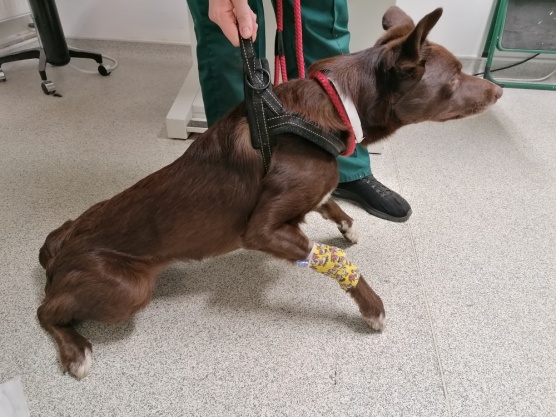 It soon became apparent that unfortunately Bear had Tetanus - a relatively rare presenting case here, with the last case at Shepton being over 3 years ago.  Tetanus is caused by a type of toxin that the bacteria Clostridia tetani produces, often found in soil and dirt.  The bacteria usually enters through a wound, although no obvious wound was present in Bears case, and causes a spastic paralysis – causing impaired muscle and nerve function.

Bear’s signs progressed initially after he was admitted for intensive care, with further rigidity including a ‘locked jaw’ alongside inability to go to the toilet!  The main concern initially was if the signs would progress to inhibit the muscles controlling swallowing or breathing.  Luckily this didn’t happen.

The most important first steps were to try and flush the toxin out of the system with intravenous fluid therapy, bladder catheterisation, antibiotics and muscle relaxants.

Progress was slow but steady with intensive nursing such as regular bladder catheterisation, syringe feeding and intravenous medications.  Alongside some physiotherapy and lots of loving visits from Bear’s owners each day, he gradually recovered moving on to oral medications and being able to walk more normally.

The transformation from stiff and rigid to relaxed and mobile was very rewarding for us and relieving for Bear I’m sure!