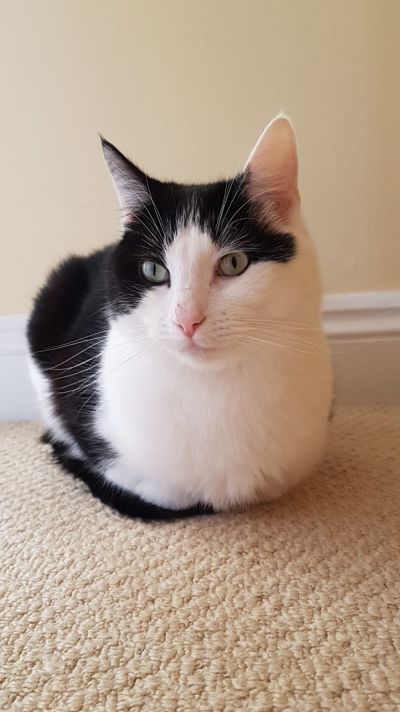 Urinary issues are common amongst tom cats, but can be more than just an irritating inconvenience, and in fact may end up with the life threatening consequence of a ‘blocked’ bladder. These health problems can be recurrent, as moggy cat Badger’s owners know too well – unfortunately he is not the first cat they’ve owned to have suffered serious complications, and although only four years old he had already been to the practice with a few bladder related (cystitis) symptoms previously.

The most common trigger factor for cystitis in cats is stress. A cat’s life may not seem stressful to most of us, but the smallest change in routine or their household can really upset them, altering their behaviour and ultimately their health. There are a lot of reasons for anxiety at the moment, given the recent coronavirus pandemic and lockdown restrictions, but this anxiety can filter from owners onto their cats. Coupled with the change in routine with most households staying at home, cats can struggle to adjust to the differences in their lifestyle.

Having been through this situation before, Badger’s owners were alert to all the warning signs of a bladder blockage, and presented him to the practice at the earliest possible opportunity. They noticed he had been straining to urinate without even producing a drop of urine – whereas simple cystitis episodes involve straining but also the production of reduced, and sometimes bloody urine. Female cats commonly get cystitis, but it is the male of the species that suffers from the most serious of consequences due to the shape and length of their ‘urethra’ – the tube leading from the bladder to the outside world.

Because Badger was presented early on in his condition, he was still fairly bright – as time goes on male cats can become very ill very quickly, and for cats that normally relieve themselves outdoors the first time an owner might know about this is seeing a howling, wobbly, or even collapsed cat. His bladder was fairly large at this stage but could have been even bigger, though was still tense and painful. With gentle pressure applied, no urine was able to be produced, and despite his best attempts in the consult room, he just couldn’t go to the toilet at all.

As a result of these findings, Badger had to be admitted to be hospitalised, for intravenous fluid therapy and pain relief to stabilise him, as well as to relieve the cause of his illness – by unblocking his bladder. This was done under heavy sedation, by passing a urinary catheter into his bladder. A blockage had formed in his urethra tube preventing the outflow of urine, and this needed to be flushed under pressure with saline back into his bladder. In Badger’s case, the blockage was due to dead cells and a muscle spasm, but can in some circumstances be solely due to bladder stones.

Once a path was clear into his bladder, it was duly emptied and thoroughly flushed, before suturing it in place overnight to allow the bladder to continue to drain and prevent it ‘re-blocking’. Badger was understandably feeling much better once his blockage was cleared, and as his sedation wore off he tucked into some food. The following day his urinary catheter was working and flowing well, and the decision was taken to remove the catheter to see if he could urinate by himself. Fortunately, this was the case and once everyone was happy with Badger’s urination, he was allowed home to fully recuperate. For a few days Badger needed to take medication for pain relief and help his bladder relax, and whilst at first he would still strain to urinate and even leak on occasion – a few days at home later and he was urinating freely once more!