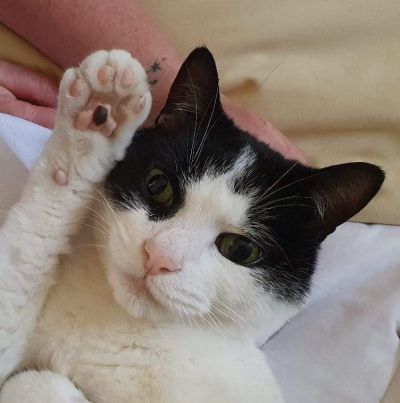 The story of Saddleback for any of you active on our community social media page will be a very familiar one, with his name being derived from the unique markings on his back. He has become a feline celebrity with quite the following since his disappearance earlier last month when he was missing for 11days before eventually being found by a nearby neighbour. After being reunited with his owners he was brought into us immediately for his injuries to be assessed.

Upon arrival we found Saddleback had extensive, aged, open wounds to his right hind leg with some impressive bruising extending the whole way up to his abdomen. He was also moderately dehydrated and hosting many maggots within the wounds. After a discussion with his owners about our findings and concerns, they quickly consented to whatever treatment and intervention was required. The injuries were quite drastic and we couldn’t be sure whether we could save his leg but we could certainly try.

Saddleback was placed on some intravenous fluids to help correct his dehydration and some intravenous antibiotics to start addressing the secondary bacterial infection that was inevitable present. We then put him under a deep sedation to allow us to explore the true extent of his injuries. Thankfully a radiograph (x-ray) confirmed that his pelvis and right hind leg were intact, we found no fractures or injuries to his bones, so the damage was purely soft tissue. We then clipped off the matted contaminated fur from his leg and started aggressively flushing his wounds with sterile saline and plucking out maggots (this job is NOT glamorous!). After about an hour we were happy that the wounds were finally as clean as they could be so Saddleback’s leg was coated with Manuka honey and carefully dress to protect the injured skin and delicate underlying tissues. Saddleback was woken up from the sedation and then spent the night in our feline ward with continued fluid therapy, pain relief and antibiotic treatment. The next morning, Saddleback was much brighter, more comfortable, well hydrated and enjoying plenty of fuss from our lovely nurses but he was missing his home comforts, so after a second sedation, flush and redress he went home to his very dedicated owners. They had set up what can only be describe as a luxury suite for Saddleback to recover in, with either his human Mum or human Dad spending the each night with him! 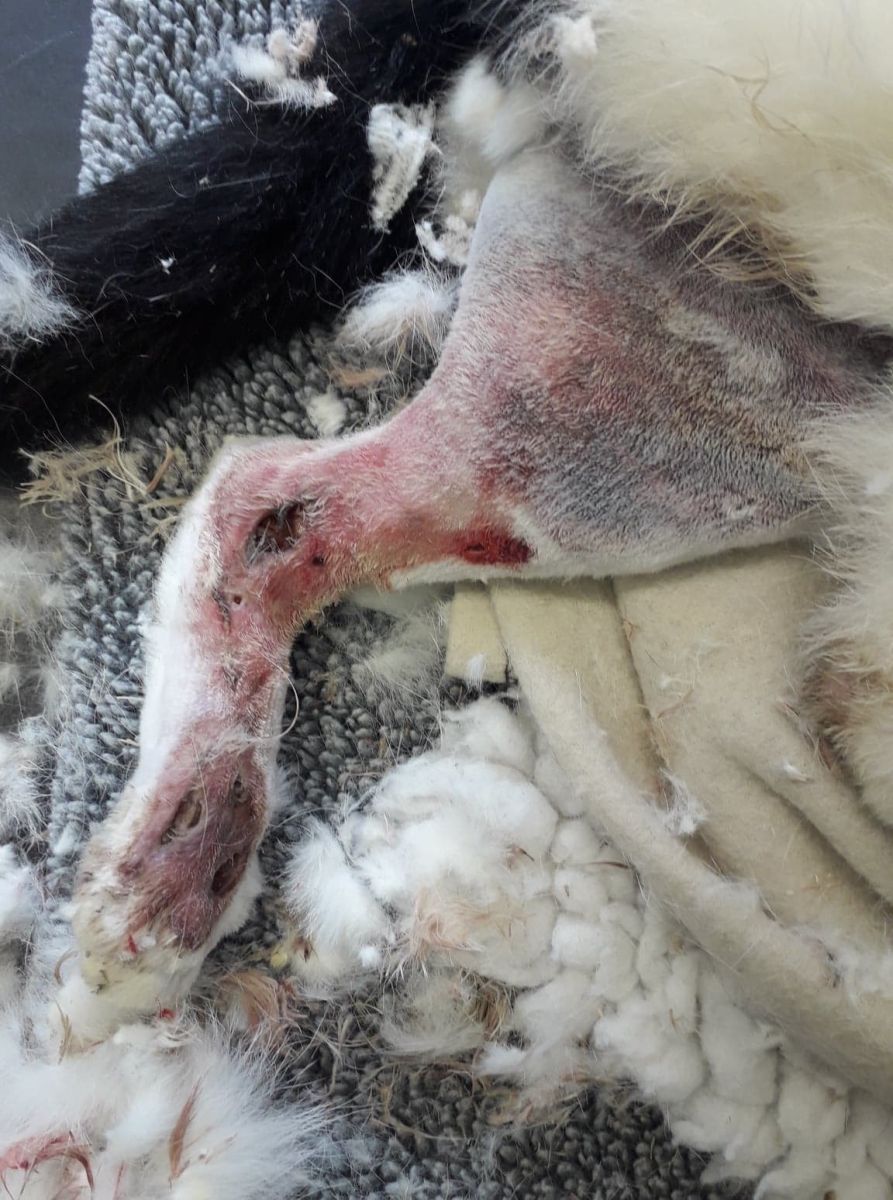 Sedations, leg flushing and bandage changes suddenly became a very routine part of Saddleback and his owner’s lives. Initially he was coming in every other day and as the weeks passed the trips were reduced to every three or four days! The positive progression and improvements that his wounds were showing with each bandage change were truly remarkable, and from a fairly early stage we all felt quite confident that he should be able to keep his leg and that a full recovery was possible. Almost a month later, the final bandage was removed. He had at this point two small areas of soft tissue filling the sites of the most extensive wounds, eventually they will contract down to two small scars but we felt there was no longer any reason for the sedations and bandaging. Plus without the bandage he could start to move around more and rebuild the muscles in his leg that had atrophied during his recovery.

For so many reasons, cats are truly remarkable animals, and Saddleback has been a real testament to this both in his physical response to quite horrific injuries, and his emotional tolerance of all the veterinary input; all the injections, sedations, medications and interference. His owners have also shown so much care and commitment that has undoubtedly played a hugely important role but they have also provided our town with a wonderful, heart warming story when we have really needed it!