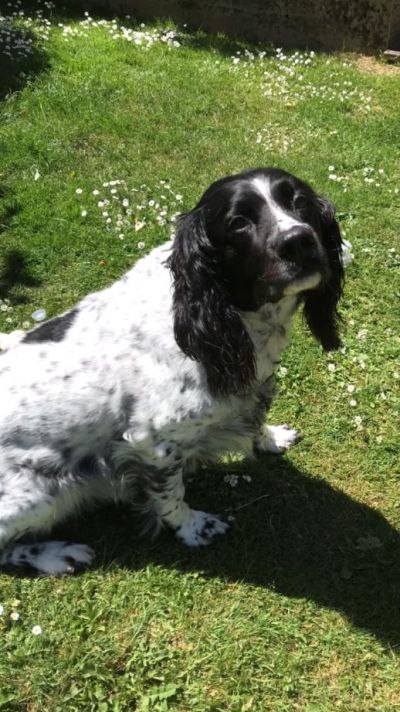 July Pet of the Month:Butch

Owners know their animals better than anyone, and they certainly know when their pets aren't feeling quite right. In fact many people bring their pets in to us because they feel they' just aren't themselves', or they are 'not quite right'; it is then our job as best we can to work out what might be going on and get them back up to full speed!

When this is the case the physical examination we do becomes even more important to try and determine the reason behind them feeling unwell. Butch was brought in back in February for similar reasons as he just wasn't being himself. He was not as keen on his food and was taking longer to eat and wasn't able to settle, often jumping on and off the sofa.

On exam there was not too much to note except that there was a reasonable sized lump when feeling Butch's throat, but otherwise nothing else was detected. As this was the only thing we could find we opted to take a sample to determine the origin of the lump. The results were very interesting.

Butch's lump came back as a tumour of the thyroid gland; this is the gland responsible for producing thyroid hormone and therefore controlling metabolism. These such tumours show very different characteristics between dogs and cats. Whereas in dogs they mostly don't affect hormone production, in cats they cause large amounts of thyroid hormone to be produced leading to big increases  in appetite and weight loss. Additionally in cats they tend not to spread elsewhere however this is a real possibility in dogs. It was decided that this lump should be removed as soon as possible, especially as there was not yet any signs of spread elsewhere.

Butch had surgery and the lump was removed in its entirety and sent to a pathologist for analysis. The results of the report were mixed. Although the lump had been completely removed macroscopically, on microscopic examination there was evidence of some of the tumour cells invading into tiny blood vessels. When such invasion happens it means there is almost certainly tumour cells in circulation and for these particular tumours the signs of spread tend to occur around a year later, unless extra treatment is given. A Veterinary oncologist was contacted for advice and it was found that via the use of a chemotherapy drug called Carboplatin, the time until signs of spread could likely be delayed from 12months to around 18months on average whilst still giving Butch a very good quality of life.

Based on these findings and discussions with the owners, we opted to instigate the chemo treatment, which consists of 4-6 treatments every 4 weeks. Butch would have routine blood checks during this time to ensure he was coping fine. Unlike in humans, chemo in animals is very different. Whilst in humans chemo is used at very high doses to try and cure cancers, in dogs and cats we tend to use lower doses not to cure, but to extend good quality life. As such the side effects are much reduced and often dogs just feel a bit down for a few days after each treatment, but soon bounce back! Indeed, following each of his treatments he has been off his food a little and had some minor vomiting the next day, but soon recovers.

Butch has just received his 4th treatment out of a possible 6 and is doing extremely well. He is back to his normal self and continues to enjoy life to the fullest!