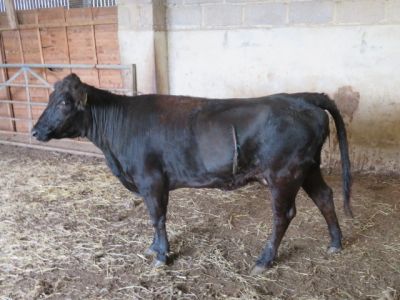 One thing that certainly appeals about the job of a veterinary surgeon is the varied nature of the role. Just as with any job, there are plenty of routine, day-to-day procedures, but we always know that our day can be turned upside down at any point if something unexpected crops up. This can make the job stressful of course, but also very satisfying if the outcome is positive.

In our practice the vets have specialised into our different departments so that we can focus on our specific disciplines – either small pets or farm animals. Recently however, for various reasons, I experienced life in both disciplines that gave an end to the day I really hadn’t expected.

Everything started normally as I arrived at work to admit the patients that were due to have their operations that day. I had a nicely varied surgical list, with a dog to have a lump removed, an orthopaedic procedure on a dog’s knee and a patient to x-ray.

These procedures progressed as expected and the final op, the orthopaedic surgery, took some time, so the day soon passed into the afternoon. By the time I was able to sit down to phone some owners about blood results and arrange post-op medications for my patients I was looking forward to heading home. However, this was not to be the case!

At the time, my parents were away on holiday, with the animals at home being cared for by long-time family friends. When I saw one of them call my mobile I wondered if something interesting was happening which might extend my day. As it turned out, one of the Dexter heifers was calving and was having difficulty – a vet was needed!

It’s been a few years since I was a farm vet but I still keep my hand in on the family farm.  The thought of reliving the good old days was too much to resist and, as I knew I had basic equipment at the farm, I rushed to assist.

On arrival I was greeted by three family friends and an understandably very tetchy heifer.  I spent some time instilling extra lubrication around the calf and then placing ropes around the head and front legs.  The head was twisted back but after some manipulation I was able to get this straight. It then became clear that, sadly, the calf was not alive. Not only is this tragic but it adds to the pressure of the situation – the longer the calf is left in position the more likely the heifer will develop a toxic infection.

Having moved the head into the right position I was finally in a position to pull the calf out and complete the job.  However, with this one final pull it was clear that the calf’s head was too big to come through the pelvis and was becoming lodged. I knew there was nothing I could do to calve this heifer by the normal route – the end of the day still wasn’t in sight.

At that time I had reached the limit of what I could do alone –with no additional farm animal kit I knew I needed to call my on-call farm animal colleague and request help. All of a sudden I was now the client on the end of the phone, a role I was not familiar with. I was relieved when farm vet Rob answered, and even more so when he said he wasn’t far away. Before too long Rob was on farm and agreed that the only option was to proceed with a caesarean section.

We all jumped into action and scurried off to get warm water, tables and other general equipment. We carefully restrained our now very frustrated heifer and gave her local anaesthetic, pain-relief and also a bit of sedation to calm her down. We clipped the fur from her flank and sterilised her skin before proceeding with the surgery. I had lost my usual role as lead operating vet as, for that night, I was the scrub assistant. Farm Vet Rob was our operating lead, letting us all know what we needed to do. Our good friends and house/farm sitters had arguably the most difficult job, calming and restraining the heifer while also keeping general spirits raised with regular jokes!

Now late at night, the caesar was performed with the main illumination coming from Rob’s head torch.  Rob carefully incised through the skin and muscle and identified the cow’s calf-filled uterus.  The uterus was lifted to the incision and cut and the calf pulled from the womb.  In my role as scrub assistant I then had to hold the uterus whilst Rob diligently sutured the uterus closed, flushed it with sterile saline and then replaced it into the correct the position.  The muscle and skin layers were closed and the heifer could finally be released.

At this point the heifer looked much happier and it appeared that our extended day might finally be coming to an end.  A round of tea was consumed where we each congratulated each other on a job well done. After one final check of our heifer and we could finally each go home.

A few weeks on and all is still well.  The heifer has had her stitches removed and has suffered no complications.  Our friends are still talking about the night they were ‘heroes’ and their role as vet technicians. And for me, I saw first hand the great job my farm vet colleagues do, as well as learning what it feels like to be the client!