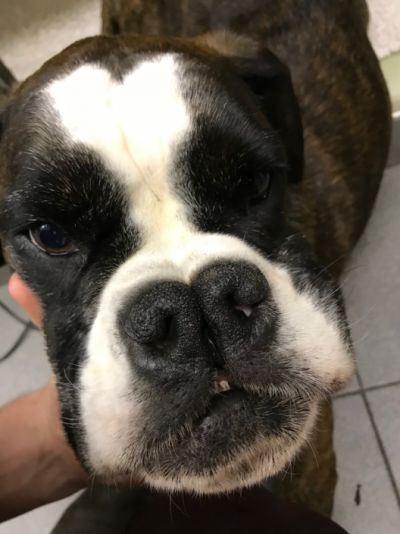 Looking at your pet’s poo isn’t always the most glamorous of jobs for you or us, but it can be very important in determining the overall health of their digestive system. Different colours can give an indication if the digestive system is working too quickly, underlying liver or pancreatic disease, if any bleeding is present, and more! It is possible to have white poo too, if certain channels in the liver are blocked, but this is very rare.

The volume of faeces can give indications of whether your animals diet is very digestible (less poo = more digestible) or to help differentiate between diseases of the small or large bowel. It is a very useful tool in determining where intestinal diseases are in the digestive tract. One of the most common reports from owners is the presence of fresh red blood in the faeces. For this to happen something in the large bowel has to be bleeding, often fairly close to the exit. When bleeding happens in the small intestine by the time the faeces are excreted the blood has been digested and turns the poo black. Fresh red blood can therefore allow us to determine there is a colon issue and may be due to an inflamed and angry colon as a result of an infection/liver or pancreatic disease, a rectal polyp or colon cancer.

Buddy is a boxer who came in because he was passing fresh red blood in his stools but with no other issues. Because the blood was red we knew there must be an issue with the large bowel. Normally if you have an infection causing an angry colon you will not only get blood but also diarrhea; buddy however was passing normal well formed stools. This made us slightly concerned about a mass being present. A rectal exam at the time revealed no masses could be felt but there may well have been issues from beyond where a finger could reach.

Because of this we decided to perform a scan to ensure nothing nasty was going on and no colon tumours were seen. The liver was also checked at the time and appeared normal as liver disease can also irritate the large bowel. As the scans had not given us a diagnosis we decided to trial treatment for the vague condition of ‘fibre-responsive colitis’ and reassess in a few weeks, the idea being that fibre is the energy source for the colon cells and should help to maintain their health.

Buddy initially responded well to increased fibre but subsequently relapsed to his previous signs. Boxer’s also get a very specific type of colitis which appears to be linked to a certain bacteria that so far has only been shown to cause colon issues in a select few breeds, and so this had to be kept in mind. He was re-examined again a few weeks later and another rectal exam was performed. This time a small lump was felt on the lower half of his rectal wall about 1.5cm in. This gave us a highly treatable diagnosis – a rectal polyp! These polyps are similar to the ones humans can get. This would fit with the picture of normal stools and fresh red blood and so surgical removal was opted for.

Buddy was admitted some days later and the polyp exteriorized and removed. Whilst some degree of faecal incontinence is a risk with these operations, if done carefully the risks are very low. Additionally, as it’s not a particularly clean op (as you can imagine!) Buddy was covered with antibiotics. He was sent home continuing his antibiotics and with stool softeners, so that any motions passed over the following couple of weeks would be soft enough to not aggravate the operation site.

He has recovered extremely well and all signs of blood have cleared up.